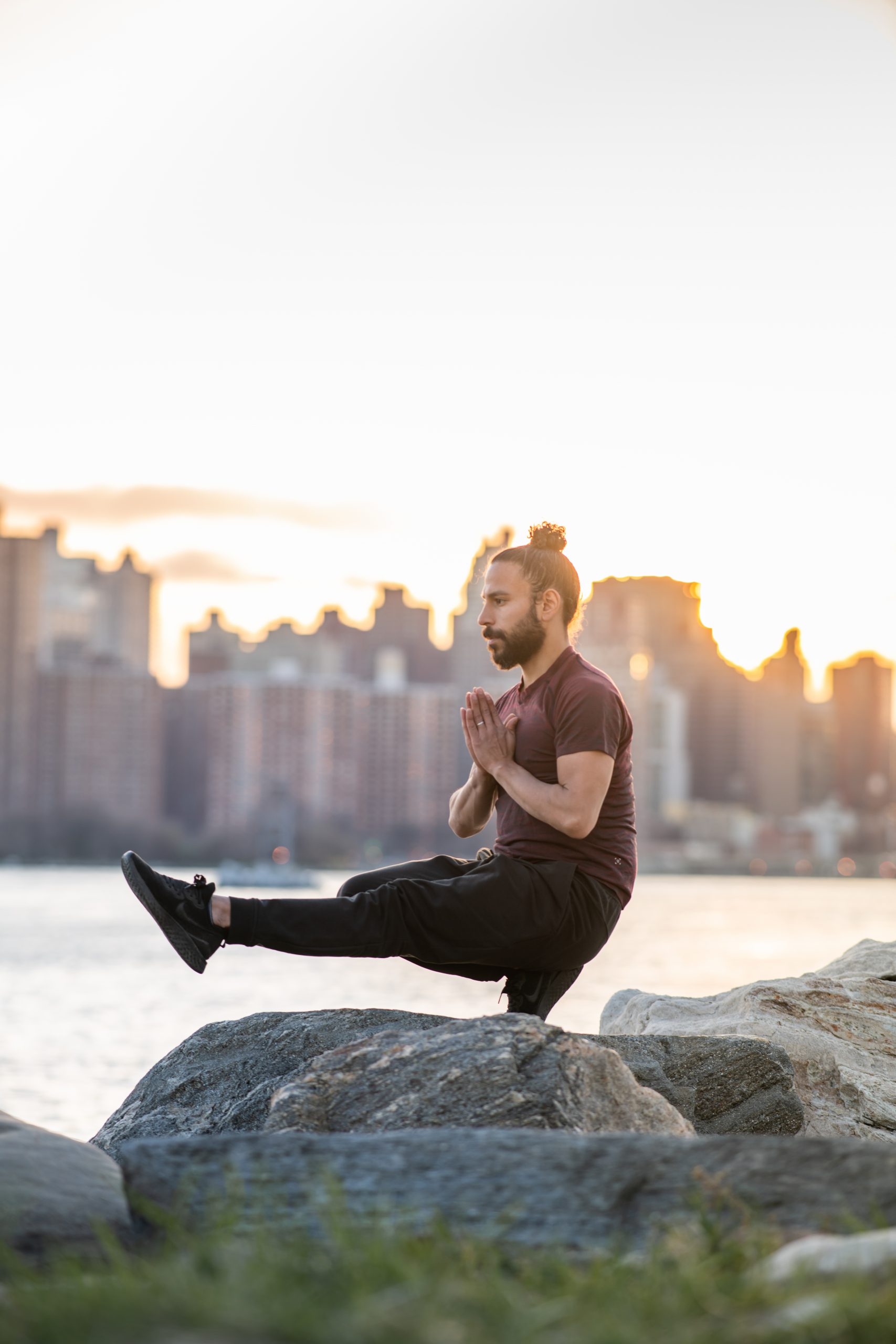 Born and raised in Dallas, TX. Joseph started practicing Yoga in May 2005. Yoga is one of the best things he has ever done for himself. It has truly changed his life. Mentally, it has given Joseph more peace with himself and the world around him; physically, it has taught him how his body could do things he never dreamed it could do.

Joseph hasn’t always been very healthy. Diagnosed with Juvenile Rheumatoid Arthritis at a young age (which affected the majority of the left side of his body), Joseph spent years in and out of the hospital trying to rehabilitate and strengthen his joints and muscles. After major knee surgery, Joseph taught himself how to deal with the discomfort and move on. As a result, his physical activities were limited and he was consistently taking pain medication. Then, at the age of thirteen, quite unexpectedly, Joseph had a heart attack. The causes are unknown, but most likely a side effect of arthritis medication; regardless, it made a tremendous impact.

One day Joseph decided to explore forms of exercise to regain control of my health. After a long journey, he discovered Yoga. Joseph expected a physical workout-he found much more than that. Joseph has transformed. He no longer suffers from constant pain. He has lost 50 pounds and developed lean muscle mass. He can contort his body into positions he never thought possible. He has gained a peace of mind he previously never knew existed. Joseph has transcended many limitations within himself – mentally, physically, and emotionally. He is accomplishing things he once thought impossible.
Joseph began to compete in the Asana Championships, taking his practice to the next level. After four years of hard work, in 2009, he placed first in the U.S. and second in the world – now a 3-time National Champion and 2011 Male International Asana Champion. Joseph has learned to focus on the tasks at hand and live in peace with himself and the world around him. Joseph has served as the Board President of the USA Yoga Federation from 2014-to 2017.
To Joseph, this is the gift of Yoga. The gift he has the responsibility to share for the rest of his life. Joseph has recently created a 501 C3 Non-profit organization called the Yoga Youth Movement, dedicated to inspiring youth yogis through the practice of Yoga to be strong future leaders who possess the attributes of confidence, determination, and focus in creating a world with global peace through Yoga.
Joseph has toured over 200 yoga studios nationwide in the U.S. and over 20 + countries. Joseph currently teaches Yoga full-time at Sun Lotus Center Online and  gives Workshops/Retreats worldwide. In his spare time, Joseph enjoys traveling, studying philosophy & astronomy, and playing guitar.